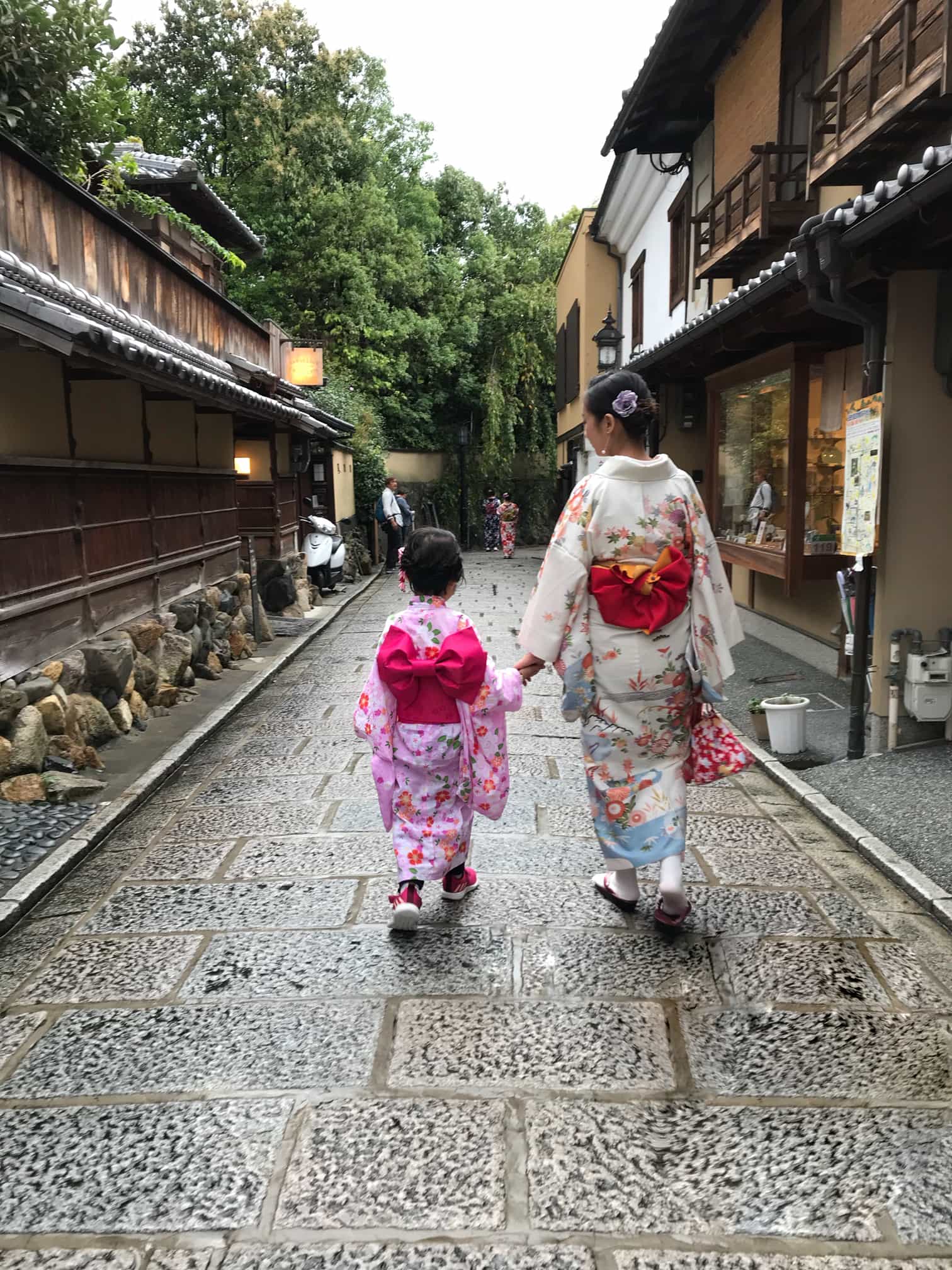 Japan. as magical and mystical as you might imagine, is also very cosmopolitan in the urban areas and there is so much to see. If you are interested in catching up from the beginning of my trip there are many sites you missed. I recently wrote about what to see in Tokyo here, and the wonders of the interior mountainous region here. I’ve saved the best for last! Well, I’m not really sure about that because the interior region was fabulous. I’ll let you decide. I certainly wouldn’t want you to miss exploring either area.

Kyoto, both urban and ancient, has its own kind of magic. The region is considered the cultural capital of Japan, and is one its oldest cities. It was originally founded as Heian in 794, and had its golden age during the court’s heyday from 794 to 1185. Home to many cultural landmarks and historical sites, Kyoto is thought of by many as the heart of Japan.

Our first sight, was a tour of Nijo Castle (or Nijōjō), a world heritage site. This castle was the home of Shogun Tokugawa Ieyasu (1542 – 1616’s), one of the most powerful men in Japan. Noted for its gorgeous interiors with hand painted murals depicting Japanese scenes, and its “nightingale floors” (squeaky floors which alerted residents of unwanted intruders) it is one of many highlights of Kyoto. Photos were not allowed inside the castle so I couldn’t capture any of the the exquisite decorative panels and carvings that reflect the enormous power and attitudes of the warlords who once occupied the castle.

The surrounding Seiryu-en Garden were lovely examples of Japanese landscaping – everything beautifully trimmed and manicured.

The main focus of our trip in Kyoto was traditional handicrafts. Having been introduced to design lessons from my grandmother in my childhood, I was eager to learn more about the ancient traditions. Each village specializes in one art or handicraft form or another.

The varied traditional handicrafts of Japan enjoy official recognition and protection and, are very much in demand. Each craft requires a set of specialized skills passed down from generation to generation with carefully guarded designs and techniques. Textile crafts, for example, include silk, hemp, and cotton, woven (after spinning and dyeing) in forms from timeless folk designs to complex court patterns. Silk-weaving families can be traced to the fifteenth century in the famous Nishijin weaving center of Kyoto, where elegant fabrics worn by the emperor and the aristocracy were produced. The Kyoto Handicraft Centre showcases many of the area’s finest from lacquerware to woodblock prints to Yukata (hand dyed casual kimonos). This was a great place to purchase gifts and souvenirs.

The fun for us however was in visiting the various sites and watching the process and sometimes participating in workshops. I have written more detail in individual posts about several of the handicraft workshops we joined. Stay tuned for upcoming posts on shibori dying, and kimono printing.

The Nishijin Textile Center is the place to go to see beautiful kimonos. They run fashion shows throughout the day to showcase the pieces. Below this first kimono, is a weaver, and some of the tools, and hand-woven trims used to embellish the kimonos.

The fashion show was spectacular!

Next we visited the Golden Pavillion or Kinkaku-ji Temple, named for its magnificent exterior, clad entirely covered in gold leaf. You have to use your imagination to picture it with a blue sky but even on an overcast day it was spectacular. The mirrored image only adds to the beauty.

I had fun trying on kimonos later and found this pretty one showing a pattern using the shibori technique.

Below are a few street scenes from the Gion district. Gion is Kyoto’s geisha district, where you will see hostesses in colorful kimonos often found on the wooden Tatsumi Bridge, or amid upscale Japanese restaurants and boutiques on Hanamikoji Street. Geisha are commonly misunderstood in western culture. The term geisha means artist or person of the arts. Geishas are cultural performers and are deeply respected in Japanese culture. Their craft requires years of dedication and training. They are frequently invited to public and religious ceremonies and often are engaged to entertain important dignitaries and political leaders.

I asked the girl below if I could take a photo of her lovely handmade hair ornament. Isn’t it striking against her jet-black hair?

Some of the best shots are when we remember to look up.

Pottery turning, Japanese-style was next. This workshop was a bit disappointing. Although I have always wanted to get my hands on some clay on a potter’s wheel, there was nothing specifically Japanese about it, except for the glaze option which I chose.

Even the washing-up sink was so pretty!

You can see here how pretty the mottled glaze is. Both my sister and I chose the same colour to finish our pieces. I love them as a pair. They complement one another rather nicely.

A common theme throughout Japan was the use of a neutral textured backdrop against a foreground of vibrant colour and pattern. Look how pretty these parasols are below!

Another popular tourist spot we visited, Fushimi Inari Shrine, is famous for its thousands of vermillion gates, which straddle a network of trails behind its main buildings.

Japan, a fashion capital of the world offered lots of opportunities for shopping. Our last free day in Kyoto was spent browsing for souvenirs and something to take home. I did my part when I discovered Daimaru with its boutiques and incredible food mart in the lower level.

While in Kyoto, we visited the Shibori Museum for a workshop, and then another day we attended a kimono dying workshop. Stay tuned for those follow-up posts. There were too many beautiful photos to share here.

Our last adventure was one that was not in our itinerary.

Our trip was cut short unexpectedly. Over the news, we learned that typhoon Hagabis was headed for a direct hit on the area where we were. It was forecast to make landfall sweeping the area between Tokyo and Kyoto in 48 hours. A quick google search for an update on the storm told us we’d better move quickly. Our flight was to depart from Osaka to Tokyo before making way back to North America and we would most certainly be in harm’s way. We hastily re-booked our return trip a day early and departed just before the typhoon of the century unfortunately hit Japan and caused considerable damage. Too late to rebook our land transportation from Kyoto to Osaka to catch our rescheduled flight, we took the most expensive taxi ride I have ever taken from Kyoto to Osaka. I didn’t care. I was just relieved to be heading for safety. Sadly, many of the lovely people who were helping us make last minute arrangements were not so fortunate and they lived through the tremendous flooding and damage.

Here’s the alarming news post we were warned by.

On a more comical note, my departing flight took on an unexpected theme. I never really understood what it was all about (my Japanese language still minimal) but Yoda greeted us from the flight deck, and R2D2 demonstrated the safety features of the aircraft. Fun and silliness took the edge off my angst and I felt the relief of knowing we were fleeing to safety.

9 responses to “Postcards from Japan – Kyoto”