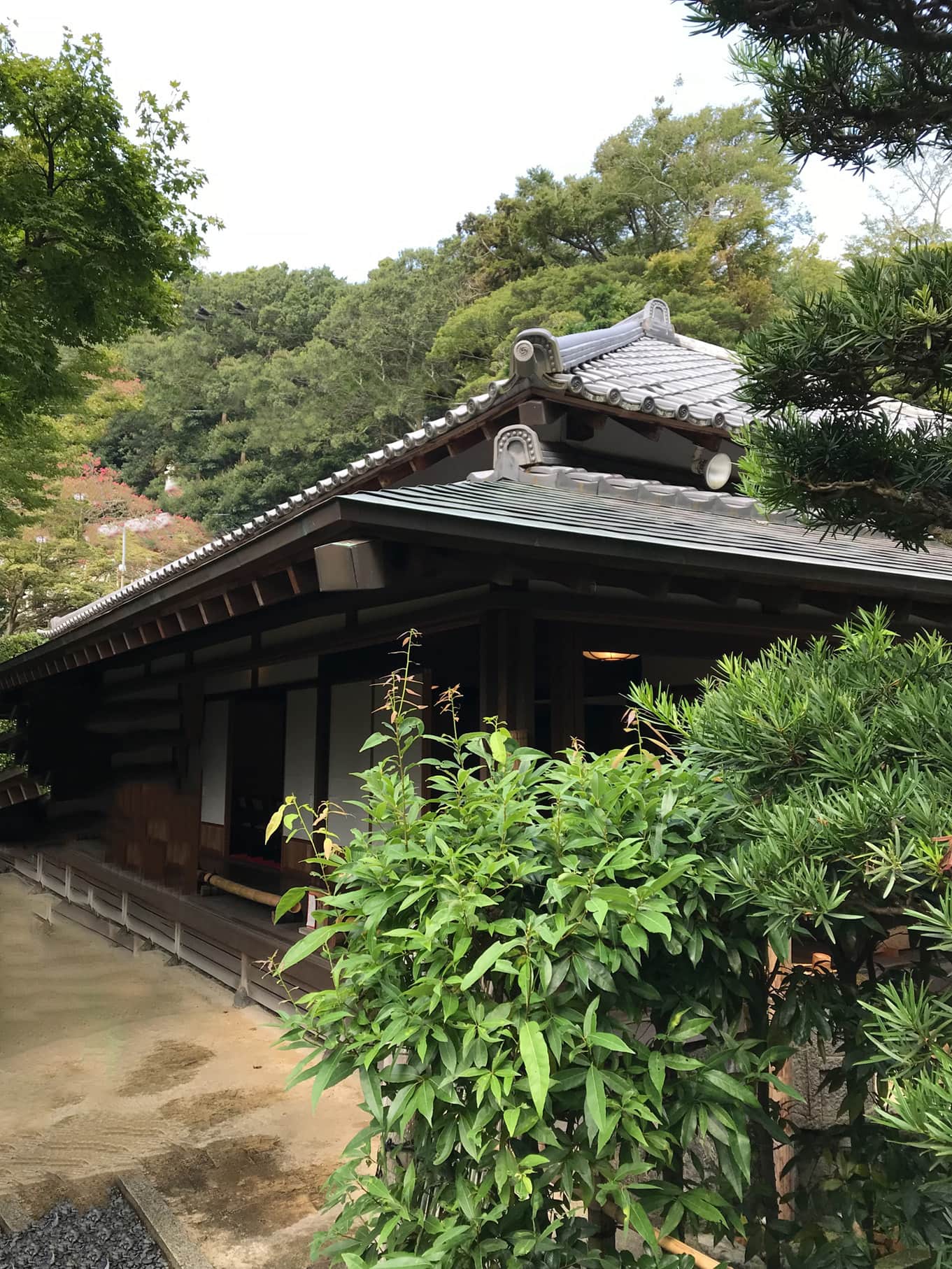 In case you missed it, I wrote previously about a few highlights from a short stop in Tokyo and surrounding area during my recent trip to Japan. This trip to discover my grandmother’s birthplace was filled with so many delights, as was the third floor of their Georgian home, a place where I would treasure hunt as a little girl finding all kinds of mysterious objects from the orient. Perhaps that accounts for why I am such a collector of beautiful things today. You might say hoarder, I might say collector – is there really a difference?

In this second of a three part series on Japan, the focus is interior Japan and the mountainous regions west and south of Tokyo. If you are travelling to Japan you can read my post about Tokyo and area here for some recommendations. I’ve saved the best for last so stay tuned for the post to follow on Kyoto and all the traditional handicrafts.

Exploring inland through the mountainous regions gave me a taste of rural life, and what traditional Japanese lifestyle was like outside the urban area. I couldn’t help but think of my grandmother travelling to the summer place she spoke so fondly of in Karuizawa. Their journey through the mountains most certainly involved more hardships than our journey on the shinkansen but it was all one grand adventure to a young girl in the early 1900s.

Our first stop outside of Tokyo three took us to Mt Fuji, or Fujiyama as my grandmother taught me to say it. We couldn’t get much of a photo when we at the top but caught this one from the train the next day.

Mt. Fuji is a volcano about 100 kilometers southwest of Tokyo. It is the country’s tallest peak, at 3,776 meters. Its iconic profile is the subject of numerous works of art, notably Edo Period prints by Hokusai and Hiroshige.

Below are a few pics from a treasured book of Hiroshige prints from my collection from my grandmother depicting typical urban and rural scenes in photos on the left, painting on the right. Sadly, a number of the pages have been removed to be framed. You will see Mt. Fuji featured on the cover.

The bottom image shows one of his works from 1834, and is said to be one of his masterpieces depicting a Daimyo procession (powerful Japanese feudal lords who—until their decline in the early Meiji period—ruled most of Japan), just passing on the bridge.

We departed from Tokyo and headed to Hakone where we stayed in a traditional ryokan. Below is a selfie of me at our ryokan modeling a typical yukata or informal kimono. We were encouraged to wear these throughout the property and to dinner, which I did! The hot springs at the ryokan are the Japanese answer to a spa. We spent a very relaxing day followed by an uncomfortable night sleeping on futons. Full disclosure, there were North American style beds in our rooms and I layered two futons on top of the bed in the hope that they would create a more comfortable sleep. They didn’t! Nonetheless, it was a not-to-be-missed experience to appreciate one of Japan’s wonderful spa and hot spring facilities with breath-taking views.

We took the shinkansen to make our way to Takayama, a lovely traditional Japanese village where we stayed for a couple of nights. Awaiting the shinkansen or “bullet train”, we felt the blast of wind that forewarned of its approach and only barely caught a glimpse of it disappearing into the distance in a blur. My failed attempts to capture a photo were finally successful with the aid of an attendant who stood watching further down the platform. Amused by my frustration, finally he signalled me the direction of its approach so I could have my camera pointed, awaiting its arrival.

Aptly named, for its bullet nose, and sleek streamlined design, it does indeed resemble an elongated bullet. Once seated on the train, it seemed to be motionless though the pastures zipped past our eyes too rapidly to take in. Moving in whisper silence across the landscape, we made our way to the next village.

It was very refreshing to step away from the hustle of Tokyo as we travelled through the mountains and seemingly back in time to simpler villages. The streetscapes and shop-fronts were so pretty. One of the most striking features of Japan was the layers of textural backdrops to natural elements such as bonsai trees and flowers.

Graphic interjections such as signs like below were often artforms, adding thoughtfully to the streetscape. Design and aesthetics, highly regarded values held by the Japanese, were evident in so many details. These are ancient philosophical and artistic ideals that have played a role in much of Japan’s social and cultural development. How pretty is that sign?

A quick lesson in Japanese aesthetics would include the terms wabi, sabi, and shibui.

Wabi and sabi are two key Japanese aesthetic concepts. Their definitions are often misinterpreted and interchanges or fused, and I’m no authority on this, but one can get a sense of their meaning from a brief discussion of each of them. Over time, the two have been combined to form the term wabi-sabi, meaning an aesthetic sensibility which includes these two related ideas.

Wabi means things that are fresh and simple. It indicates, even celebrates, simplicity and quietude, and also incorporates rustic beauty. It includes that which is made by nature, and man-made items. It also can mean an accidental or unintended element (a serendipitous alteration, or even a small flaw) which gives elegance and uniqueness to the whole. A good example is the pattern made by a flowing glaze on a ceramic object.

Sabi describes beauty that stems from age. It refers to the patina created by time, and the belief that changes occurring from use of an object make it more beautiful and valuable. It also incorporates an appreciation of the cycles of life, as well as careful, artful mending of damage. A great example would be kintsugi a Japanese form of mending where lacquered resin is mixed with gold to repair cracks. Like this:

Shibui, shibumi, or shibusa are Japanese words which refer to a particular aesthetic of simple, subtle, and unobtrusive beauty.  A person, performance or an object can be considered shibui. Ikebana (a form of Japanese flower arranging) is an example of the Shibui aesthetic through a careful display of nature to express layers of meaning and symbolism in a simplistic but beautiful artform. Somewhere in my collection I have my grandmother’s notes on lessons she taught me on ikebana but that could be another entire post. I’ll dig it out someday! For now, here’s a beautiful example.

We saw many shrines and temples on our trip. That was truly an understatement. It is easy to get “templed-out” so choose wisely. The setting for this one below was especially picturesque situated among the tall evergreen trees.

In the simplest terms, temples are Buddhist, while shrines are Shinto. Temples have a large incense burner and many Buddhist statues, and may or may not have a graveyard attached to them, while shrines have a large, often vermilion red, torii, or sacred gate, in front of them.

In Takayama we also visited the Festival Floats Museum that showcases the hand-carved floats used for bi-annual celebrations. The Takayama Matsuri (festival) dates back to the 16th and 17th century under the rule of the Kanamori family. Over the years as carpenters and other artisans became more skilled in their work, the floats, reflecting this growth, also became more elaborate and decorative.

Another high point was our visit to Nomura-ke Residence, an authentic former residence of a samurai family from the Kaga Domain in Takayama with many characteristics of Edo architecture. This house, built by Jisuke Kawashiri, an expert at the time (1879) is a nationally important cultural asset because it is a prime example of the Meiji era architecture.

One common characteristic of Japanese homes is they have a large roof and deep eaves to protect the house from the hot summer sun, and many openings to allow air flow. A love of and respect for nature, highly held values by the Japanese, is shown by example in this home. The windows and wall openings frame an enchanting garden.

The next day we visited the World Heritage thatched roof village of Shirakawago, a Japanese mountain settlement that seems to have missed the passing of time. Now registered as a World Cultural Heritage site, it was once considered a wild and unexplored region. Because of the area’s natural environment, with high mountains and heavy snowfall, interaction with neighboring regions was limited. This created the conditions for the development of unique cultural practices and lifestyles. A fascinating spot I would highly recommend seeing.

While there we toured Wada Residence, a traditional thatched roof farmhouse. The main house, along with the storehouse and outhouse, are designated as important cultural assets. Currently, you can visit the second floor and part of the first floor which are open to the public and see artifacts and traditional everyday items used by successive generations of the Wada family.

Just a couple of pics of the mountains and the scenic area to close off.

If you ever go, you MUST try the peach ice cream, and the matcha ice cream. I had a cone of matcha/vanilla swirl this day. So pretty!

From there we travelled to Kanazawa, also called “little Kyoto”. An unfortunate misunderstanding had us spend one night without our luggage. It had been transferred to Kyoto to avoid us having to schlep it with us while sight-seeing but we were meant to have an overnight bag for this leg. The next day, a chilly, rainy day spent shivering in shorts and a t-shirt – was a fascinating one!

Before we travelled to Kyoto, we visited Kenrokuen Garden, a traditional Japanese garden thought to be one of the top three Japanese gardens – in the POURING RAIN! Of all things, serenity was what I anticipated, not a torrential downpour. And yet, it was still remarkably beautiful.

I loved this shot of the four men furiously sweeping the water. I don’t know what they were trying to achieve, fighting a losing battle but it IS a great shot!

Here’s how it would have looked on a better day (lol).

We visited Ochaya Shima, a geisha house next. Geishas (geikos) are required to practice many talents including singing and playing a musical instrument. Along with their traditional dancing this is another way they are able to entertain guests to the house

In Kanazawa – Moriyama we visited gold leaf production and saw many beautiful applications of the final product. Gold leaf is made by beating gold into an extremely thin sheet with a thickness of 0.1 to 0.125 millionths of a meter. A rolling mill is used to thin gold mixed with a little silver and copper. The thinned gold sheet is sandwiched with special paper and beaten with a machine repeatedly to a thickness of around 2/10,000 mm.

From there we made our way to Kyoto, Japan’s oldest city which was a trip unto itself. Below is a photo of a typical rural scene taken from the train to Kyoto. Stay tuned for a follow-up post about Kyoto, the cultural centre of Japan where we attended handicraft workshops and learned first-hand some of the traditional handicrafts that have been passed on through generations.

12 responses to “Postcards From Interior Japan”